Would you like to switch to the accessible version of this site?

Don't need the accessible version of this site?

Looking Back on my Term as TCA President 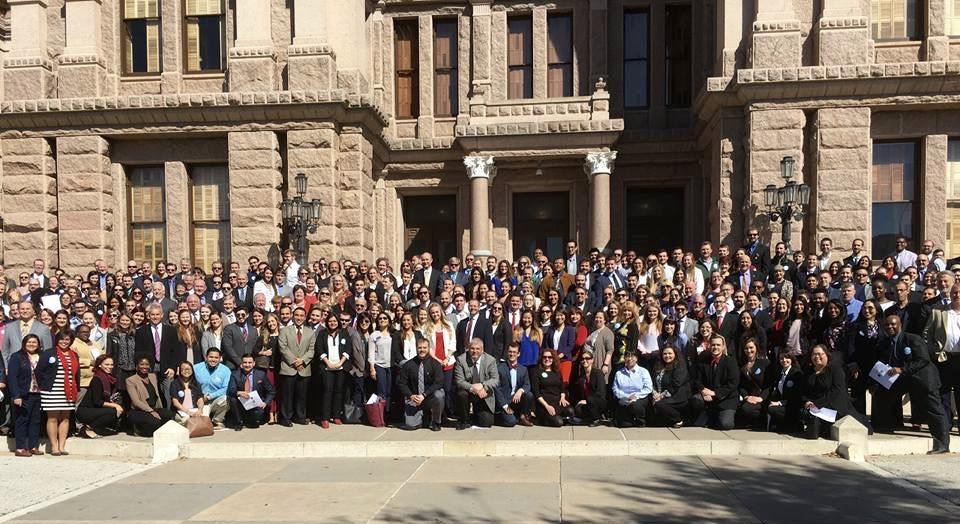 On June 10, 2017, I completed my term as President of the Texas Chiropractic Association (TCA). What a great ride it was! I wanted to take a few minutes to thank you, my patients, for putting up with my crazy schedule over the last few years, and to give you a recap of what we were able to accomplish this year not just for the chiropractic profession, but for you, the chiropractic patient.

My presidency started off with what I called either “a Perfect Storm or a Perfect Disaster”: 1)Sunset review of TBCE (our licensing board) with a threat to eliminate or consolidate our board, then 2) a negative ruling from Travis County Judge Rhonda Hurley in the Texas Medical Assn. vs. TBCE lawsuit, in which DC’s rights to diagnose and treat nerve conditions were put on the chopping block. If we can’t diagnose a problem, we can’t bill insurance, and we possibly couldn’t work without an MD’s referral. The underlying problem for chiropractors in Texas is that our law is outdated. The law doesn’t reflect our current level of education and training. In fact, much of the original language dates back to 1949. As you can imagine, a lot has changed with the profession and healthcare in general since 1949. Think about it. In 1949, Camel still said “More doctors recommend Camels than any other cigarette.” So, we’ve come a long way.

So, what we accomplished this legislative session would either be REALLY good or REALLY bad. TCA leadership worked exhaustively for 18 months, putting together a plan and a team to fix as much of the problem as possible this legislative session. Leaders from both chiropractic schools in Texas joined hands with TCA to raise awareness and money nationwide to help bolster our profession in Texas.

We needed to get our law changed to clarify that not only do we have the ability to diagnose (we’ve been doing it since 1949), but we also have the duty to diagnose (our patients deserve it and deserve the right to seek our care). To make it happen, I made countless trips to Austin, to Washington DC, to Las Vegas, not to mention Amarillo, Lubbock, and the list goes on…raising money and awareness about the battle here in Texas to maintain our ability to diagnose. You can imagine, not only did that take me out of my practice but also away from my family.

As the legislative session kicked off in January, we began to see some traction with key legislators and a desire to fix a problem that has existed for decades. Friends in the legislature were willing to “go to the mat” not only for the profession, but most importantly for the patients we serve. In February, at our Legislative Day at the Capitol, we had about 600 DC's and students from both chiropractic schools marching the halls of the Capitol. It made an impact. Senator Van Taylor from Plano and many others were instrumental in seeing that our legislation made it through. Chiropractic patients from all over Texas were called upon to contact their representative or senator to let them know how important chiropractic is to them. That message was heard in Austin.

When the gavel fell on “Sine Die” (the last day of the session), TCA had passed 4 bills and all 4 were signed by Governor Abbott and are now law. The 1st law provides clarity that DC's can diagnose. The 2nd allows DC's to form business entities with other doctors. The 3rd clarifies that DC's have the authority to remove a player suspected of a concussion from play. And the 4th includes chiropractic schools with medical schools in a study to drive down cost of musculoskeletal care in the Teacher’s Retirement System.

This was, by far, the most successful legislative session that the chiropractic profession has experienced in decades, and I am very proud to have been a part of it. I couldn’t have done any of it without my team in Austin and at home making me look like a “rock-star.” So thank you to every one of you! I am thrilled to be back with my full focus on Chiropractic Care Center and Southlake Physical Medicine. Look forward to even more cutting-edge services and new team members in the upcoming weeks.